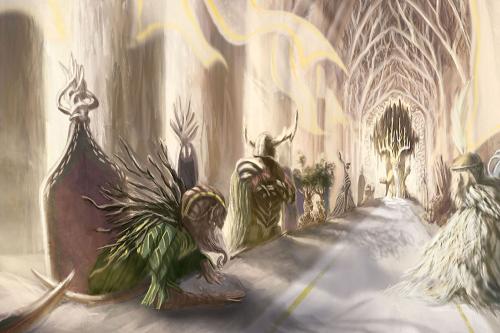 They’re probably not coming back.

I’m talking about conferences where a few hundred people travel from around the planet, sit in a room together, look at some charts on a screen and break the ice by drinking poor wine together.

My point is that for face-to-face events to make a comeback, they will have to be more of a wow, an emotional blast and a precious experience that can’t be simulated online. That’s the new bar to reach. At least while we worship the household gods of Cost and Convenience, deities which Zoom can certainly satisfy.

But what are we missing?

I’ve taken inspiration from the descriptions of musicians who have been frozen for the last year, desperate to get on stage and ‘strike the first chord in anger,’ as I was told by one singer-songwriter who made most of his living playing live. Until last year.

A concert is akin to a conference – or a good one at least- as there’s an exchange of energy and feelings between speaker/performer and the audience, hard to quantify but moving when experienced.

Parisian music star Chris, of Christine and the Queens, describes the high of performing:

“When I’m on stage, I often don’t remember it- I think I go into a trance…because on stage I feel awesome – not that I am awesome, but it makes me feel that way.”

She compares this to singing online to a camera: “Through a screen it feels a bit more narcissistic and solipsistic, everything is colder. The lens is brutal.”

As someone who likens business presenting to performing, these sentiments echo my own on what’s missing from virtual talks. You just know it when you are there in a shared space and a moment enjoyed together- that buzz, flash of connection or sudden rush of insight, all sadly curtailed online. It’s hard to measure, yet this is exactly what we will have to learn to do…

In most areas of human endeavour a new tribe called The Measurers are on the rise. Numbers, quantification and a cynical mindset about fluffy intangibles are their creed. So all this stuff about ‘a shared connection,’ ‘a transformative moment’ and so on is just an expensive luxury to the hard-boiled Measurers. Just think of the travel costs - and down time - we can save by holding the Annual Sales and Marketing Bonanza on a virtual platform! Cost and Convenience rule!

We will have to work out a way of enumerating and costing all the intangible benefits of a shared meeting experience in order for them to happen again. Yes, I know, this is reacting to the kind of thinking that knows the price of everything and the value of nothing, but this nerdy virus of human over-logic will need a business case vaccine.

I invite those of you more gifted in this area to set about quantifying what’s unique about meeting in the flesh, but am happy to set the ball rolling with some of the likely elements.

What’s Live Got to Do With It?

Here’s a top 15 of themes to explore, measure or at least appreciate about physical events…

2. Mind and Emotion beats mind only.

3. Travel time is actually ‘uptime’ in terms of creativity; only ‘downtime’ if you have an obsessive productivity mindset.

4. Ways in which physical meetings create a different body chemistry and EEG patterns than an online get together need calculating.

5. Exploring the anatomy and neuroscience of a team co-creating in a room, compared with attempting same over the internet.

6. Quantifying the power of a shared ‘Eureka’- enjoying moments of joint revelation and understanding.

7. Relationships- what new levels of trust, appreciation or even love can be gained face to face? (Here’s a challenging one to quantify!)

9. Reward – the feeling of being included, special or just belonging is a huge benefit of sharing a room together.

10. Enjoying Risk and Failure- with a live event, things can and will go wrong. It’s often a great opportunity for the organisers to deal with and bond over the difficulties with their audience, making it a shared journey. And a lot more like real life!

11. Networking 1 – managed exchanges between people who need to meet and get on.

12. Networking 2 – the creative serendipities that happen in ways you can’t predict.

13. Bonding- the ties created by having outrageous fun together can last for years. What’s that worth?

14. Presenter/Delegate bonding – being with people informally in the same space has often drawn more useful ideas out of me than the formal act of standing on a stage.

15. Eagerness of Venues to invite us back! – there are good deals to be struck, and likely to be fabulous customer service as venues will not take their conference business for granted for some time to come!

Although I have advocated meeting the Measurers on their own terms, there will always be something mysterious and undefinable about the magic that happens when people are physically close. But that’s not to say that it’s unreal, merely not yet fully understood by science, as Clarke would have it.

Back to successful musician Chris: “On stage, there is the possibility of magic-it happens, often.”

All the great feelings and emotions that make life worth living are essentially hard to measure-joy, pride, passion, inspiration, anger, love, consciousness itself. For me as a professional speaker so much of this deeper level of connection is still only found when physically close. That transformational, minds on, hands on experience shared together. Because it’s ultimately the audience that writes the script when you are together-and finishes it for the speaker. Hard to achieve when you can’t see them!

I say this despite the realisation that virtual events are far better than most people believed they would be, and I’m always amazed at how good this facsimile of reality can be. Yes, I know the future is hybrid conferences, and I will be writing about that soon. But for now I just wanted to dwell on what we’re missing, in the cherished hope that we can bottle some of that spirit and release it again when the time is right. It won’t be ‘normal,’ and all will have undergone a sea-change, but there are some universals of human interaction we will want to channel and preserve into the future.

On the desk in front of me is an antique piece of parchment. It’s the stub of a Virgin Airlines boarding pass – Upper Class – to Dubai. I never thought I was nostalgic until I saw a few of these remnants of an old life in my office drawer. Business cards, airplane schedules, hotel receipts. Never thought I’d miss Heathrow Departures Lounge, but it sure sounds super exotic right now. All those bodies, screens and bustle. Friends laugh when I say I miss the smell of airplane diesel, but the association is powerful for me: it means I’m off to somewhere interesting, to meet great people and do what I love – speaking live about creativity and innovation. Whether we can calibrate its exact financial worth or not, I look forward to being part of the magic of sharing unique moments with an audience, where you can see and act on their visceral and emotional response. This may eventually be digitised, but it hasn’t happened yet…