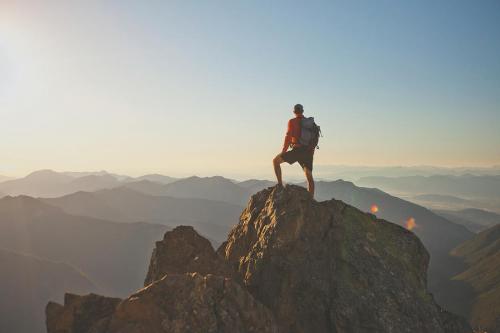 Being English can become burdensome as the years go by. I was brought up to believe I was the most fortunate of the fortunate, and that God was clearly one of ours. Yes, maybe a bit inclined to wrath, but nevertheless quintessentially fair, and therefore English at heart.

Being English wasn’t something you had to practice to perfect. I once had an American student who asked me:

“Geez, isn’t it hard work waking up and having to be English all day long?”

I probably marked him down a grade for this sly insult, but the answer to his question is, “No- no effort required. It’s just the water I swim in.”

Our own cultural lens through which we view the world is nearly invisible to us.

Except in the more rabid press, difference and eccentricity is mostly tolerated, even venerated. The famous pianist, Andre Tchaikowsky, asked the librarian at Oxford’s Bodleian if he could borrow 2 books. A copy of the Holy Bible – and Winnie the Pooh.

“Yes, of course, “ she replied. “Winnie the Pooh in English, Latin, Greek or Sanskrit?”

My friend realised it was going to be hard work standing out as an eccentric in his new home of Oxford. The English are quite good at quirkiness – world champs at understatement too. And the humour isn’t bad either.

Then there’s the music. England probably has a higher percentage of talented musicians than anywhere I know. I say this while realising it would be impossible and ridiculous to measure, but my own field research - often in muddy ones at festivals - is extensive enough to make my theory true for me.

To round off this list of reasons to be cheerful – or at least feel ‘rather good’ - about being English, there’s the stunning and endlessly varied countryside that’s been such a balm to the soul during pandemic times.

An American journalist living in the UK wrote recently how much she loves it – despite, well, just about everything! I think I know what she means…

Forced to stay at home, people from Sweden to Australia have found pastures new in their own land, often places within a short drive that they’d never explored.

And yet…The minute I step onto the airport tarmac of a different land, I feel different. Lighter, more hopeful. Crazy, isn’t it? The cliché that ‘travel broadens the mind’ is only partially true. It’s the people you meet that really do all that mind-opening.

After a day away with different accents -and a fresh language- in my ears and foreign viewpoints in my mind, it dawns on me what’s been left behind, slowly unshedding like a snake skin. In England it’s an unseen – though clearly felt – forcefield of judgements, slights and criticism. The sense of being too much the familiar stereotype others send at you, narrowing the possibility  to be someone different,  better and more talented than the viewer perceives. In short, you feel the weight of all these perceptions  -and are in danger of becoming them.

When I re-read the last paragraph it seems to me this joy of throwing off the unconscious biases, customs and expectations that frame me may not be unique to the experience I have with my country. At the risk of being presumptious, those of us who want to escape the confines of our homeland probably share this feeling, whichever nation we hail from.

The particular constraint of Englishness I most happily flee from is that of class, the trap of pigeonholing. A system based on history and continuity rather than pure talent, goodness or wisdom.

Away from all that geographically, I am also psychologically in a different space. Now I’m  aware of ‘the other man’s grass’ fantasy trap. There used to be an expression, ‘doing a geographical,’ describing the naïve hope that by moving elsewhere your problems and hangups would magically disappear. We all know they have a habit of following us…

So my desire to be in other countries doesn’t mean I would like to be here - ‘here’ being Quebec right now - all the time. There’s a part of me that’s forever England etc. It’s just that the heart as well as the mind is broadened by travel.

Years ago I asked an American lady, on a long meditation course, where she was from. “California, I guess. But then it doesn’t really matter where you park your body, does it?” A very spaced-out answer, and I don’t agree. Moving your body moves your mind and heart, especially in our adopted second home of Montreal: anarchic, fun and sophisticated beneath a surface layer of grunge. People are different here, in part because I am.

I’ve been writing for some time about the need to get out more. Now it’s happened, it’s wonderful: the small differences of custom, cuisine and smell open up new passages of thought and sweet possibility.

Novalis, the poet and thinker, asked;

“Where are we going? Home, always home.” Naturally he was talking philosophically, even spiritually, rather than as a route planner. Strangely I feel at home far from where I was born: ‘home’ is a feeling that travels with us, and we love it when we find places that mirror that inner sense of belonging back to us.

It matters very much where you park your body…