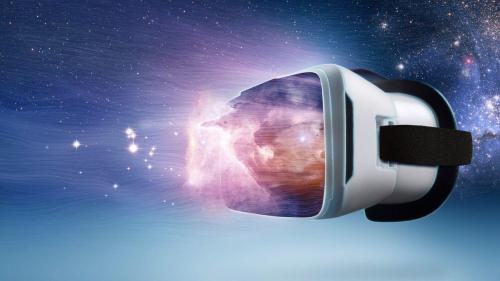 There’s a familiar pattern to all our discussions with friends and colleagues these days. First, the Virus latest, then Netflix tips, more on the pandemic, followed by what books you’ve been reading (brief when there’s so much scope to be a screenager), ending with a Covid review. But when all that’s done, there is an underlying conversation that all of us ‘knowledge workers’ – which is most of us who don’t use our opposable thumbs, except in texting, to make a living – indulge in. It’s about the virtualisation of, well, virtually everything. Not just now in lockdown time, but into the foreseeable future.

A few years ago, I would introduce talks I was giving on digital transformation with the true story of a friend asking his 18 year old daughter whether it was time she got a job and made a living. She glanced up briefly from her screen to say:” Get a Job? Make a Living? Isn’t there an APP for that?”

In her world, the screen was real, and her parent close to being virtual.

“Software is eating the world,” observed new media mogul Mark Andreesen some time before the current crisis. Well, if it was then, it’s certainly filling its belly now.

The one conversation is, “What can and cannot be done online?” That’s it – it’s eating up all other topics. And the end product of almost all these debates is this: there are very few things in work and life that can’t be done virtually. Often better. Certainly cheaper and more conveniently.

Convenience and cost are the reasons that virtual will continue apace to replace the physical in many spheres of life, even when Covid is just a distant memory, a scary tale to tell our grandchildren.

“I’m not a Luddite, but surely...” pops up the inevitable defence to the online takeover.
“What about doctors?”
Too late – a doctor friend and his colleagues now prefer to hold appointments over Zoom or Skype. They won’t go back to the old way, they tell me...
“How about psychotherapy? Surely you can’t....
”Yes, you can! Two friends tell us that they feel more at ease online, and are more able to reveal intimacies.
“Architecture? Don’t you need to make site visits?”
Nope! Technology can survey the site more effectively at a distance than physical measurement.
“OK -how about funerals?”
We’ve been to two recently on Facebook-only 2 or 3 close (but not standing close) family members at the grave site. But 500 plus online. From all round the world.

Comedian Bill Bailey remarked that he went to visit his local hospital, only to find it had been replaced by an APP. This was 5 years ago: the current focus on trace and track technology to restrict the spread of the virus makes his joke seem more like prescience than throwaway humour.

It turns out that the catchphrase of our times has morphed from “I’m not a racist, but...” (inevitable prelude to an opinion that tends that way) to “I’m not a Luddite, but...”
It’s a precursor to desperate pleas, especially from the over 50’s, that there are many activities where face to face meetings are sacrosanct and irreplaceable. It’s just that it’s increasingly hard to come up with watertight examples.

Look, I’m not happy to argue this way – my favourite work and profession has been speaking live at large business conferences, usually in some delightful foreign venue. I am well versed in all the defences of these events:
-People only really bond physically
-Some basic neuroscience: isn’t it to do with pheromones, serotonin and oxytocin?
-Trust is built only by being in the same room, eating and drinking together, and
-There’s a unique opportunity for networking and creative serendipitous encounters.

Much as I believe – when more fully expressed – all of these arguments, I fear they will crumble when faced by the avenging Gods of Convenience and Cost. “Isn’t that just efficiency - when you really need to be looking at effectiveness?” I will protest.

“Yes, but,” reply the Measurers (on the rise as our new overlords), “here’s the metrics on how much it costs to get everyone to Paris, and how travel time is wasted. And just look at the hotel and drinks bill we can save on!”

They may also play the trump card that’s increasingly hard to resist – Sustainability! Trains, cars, boats and planes (remember them?). Together with Cost and Convenience – which is where most of our technical platforms have been driving us anyway, fiercely accelerated by Coronavirus - the Green angle seems to scupper the survival chances of most physical events companies.

Of course there is another story here – the biggest PR battle the tech companies have won is that using their machines, software and platforms is marvellously eco-friendly compared with, for example, using paper. Surprisingly paper can now be produced in environmentally sound ways, while the toxic production, use and disposal of the computers we are now so dependent on goes far too unnoticed. But that’s a distraction from the one conversation, the results of which can be condensed into these four principles:

*Whatever can be done online will be, which is
*Almost everything, and
*Often it will be done better, and besides
*Many people prefer it that way!

On the last point, I don’t want to rehash that outdated division between technology ‘immigrants’ and ‘natives.’ Except to say that the immigrants are rapidly becoming natives. Certainly the Millennials and Generation Z are enjoying this transition – they would often choose to work and relate virtually, so what’s the big deal? Get with the programme, you dinosaurs!

Have We Been Here Before?

In 2008 E-Books really took off, sparking the debate, ‘Is this the end of the book?’ After a few years, e-book sales levelled off and physical book sales began to rise again.

“Every time a new medium is invented or grows – take virtual conferencing as an example – the question is whether it replaces the current media format. Then a kind of Darwinian process takes place and the ecosystem adjusts.”

In other words, it becomes a both/and reality, with even diametrically opposed methods of communication co-existing. For those who long for the return of face to face, visceral contact there is hope here, but one thing I have learned about disruption is that the past – even the recent past – can be an unreliable predictor of what’s next. Will it be different this time?

The jury is out on any predictions based on yesterday’s experience, but I do agree with Laurence’s view that we will have to think more carefully about organising physical meetings, not make it the default method, and see it as a precious resource to use wisely. Amen to that. There’s a certain irony in longing for old fashioned get-togethers, when we’ve spent so much energy in the past complaining about how much time they waste.

For those over 50, this piece has probably been a depressing tirade. I’m just trying to face reality as it presents itself, and in practice am finding myself busy with client work online. Also I do believe there will be a small backlash to perpetual Zoom time – ‘high tech, no touch’ is a harsh sentence for humans to endure for too long. There will be parties, gatherings, concerts, theatre and, yes, even flights for us all when the time is right. We will have to fight those measurers with quantified arguments about the true value of what can only be achieved in a physical encounter. But we will also have to rethink situations when we are just holding on to an outdated mindset, and how more remote working can free our creativity in other ways.

There is only one conversation, but there doesn’t have to be just a binary result – “it’s all going digital!” The reality will be a combination of the virtual and corporeal: this lockdown has forced us to think more deeply about what’s essential in our work, and what’s mere busyness. A small blessing indeed for all the disruption and suffering in Covid’s wake, but an important one to hold onto in the coming months. Surely there’s an APP for hope?