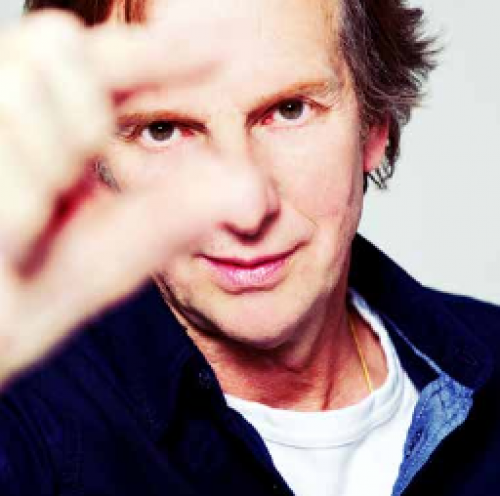 Considering the state of the world is a relatively new occupation, and we couldn’t have done it without

being able to swim in such a rich sea of data and information, gifted to us by our connective technologies. But perhaps our old world brains haven’t kept apace with all these new technical wonders : survival instincts still prime us to notice primarily dangers and problems, present or anticipated. We expect bad or worrying news.

Yet underneath the noise of anxiety-provoking headlines, we can see in more reflective mode how far we have come in the last 50 years. How much improved life is for most – though clearly not all – of the human population.

“We are living through the greatest improvement in human living standards in history. Extreme poverty has fallen below 10% of the world’s population for the first time…child mortality has fallen to record low levels; famine virtually went extinct; malaria, polio

How can he say this when there’s still so much wrong?

“The answer is: because bad things happen while the world gets still better.”

A more nuanced position than the binary on/off, yes/no, us/ them thinking that dominates so much of our political and social discourse.

Professor Hans Rosling, who I’ve written about before, has a similar story to tell. Or rather he insists that the evidence tells the story. His last book Factfulness describes how life on Earth has been on a 50 year run of improvement, on almost whatever parameter you choose to examine. It’s a view that many of the world’s leading economists, politicians and thinkers seem unaware of: they score worse than chimpanzees on the Swede’s provocative test on world trends. They simply haven’t been ‘factful’ enough, and are possessed by the mindset that things are inevitably getting worse.

So much for evidence-based thinking among the professions: all too often this means unconsciously choosing the ‘evidence’ that aligns with your gut feeling.

The last of this trinity of counter thinkers is the esteemed psychologist and linguist Steven Pinker, a professor at Harvard and writer many popular science books. His brilliant volume-and at around 1,000 pages it is voluminous!- is called The Better Angels of our Nature. The sub-title is ‘A history of Violence and Humanity,’ and he certainly tackles the big issues. I mean, wasn’t the 20th century the most violent in history? Think again, argues Pinker, detailing the decline of violence around the globe.

A health warning is clearly needed here:I am not for one minute suggesting all is fine on planet Earth. Nor should these findings be hijacked to support climate change denial, or to hold back on essential societal changes needed to create a fairer world.

Mindset is my fascination and the main focus of my speaking and consulting work, and I know that when received wisdom has it all wrong, we are on the verge of a breakthrough to a new paradigm. Yes, I know that word has lost some of its currency through overuse and misuse, but it’s appropriate here: a fresh set of assumptions, a different worldview or mindset seems to be emerging.

Which begs the question – ‘why don’t we feel it?’ Fear still stalks the planet, fuelled by over-dramatised headlines designed to depress. Global warming, overpopulation, trade wars, mass immigration, coronavirus and the stuttering economy. Much as we’d like to blame someone for all this despondency, we can’t lay all the blame on sensation-seeking journalists and broadcasters. We have first to disrupt ourselves and take up (mental) arms against this sea of wrong reporting, checking how much is down to our own lazy tendency to see matters in black and white; all too often focussing on what’s wrong rather than building on what’s right.

The first step in redressing this balance is to coolly and calmly explore the evidence. Dip into the research I’ve described, preferably without ‘yes-butting’ ideas that run contrary to the received wisdom that we are in a desperate situation. A narrative that is only one side of the story…

Then, when reading the press, try finding the pieces that are inspiring and counter the negative trend. You may have to look more deeply – good news is likely to make its appearance only on page 5 – but you may be pleasantly surprised how the green shoots of a better world are shooting up.

Of course the main objection to this kind of thinking is that it’s head in the clouds, merely a form of denial about what’s really going on. Denial is not what I’m proposing: there’s clearly a lot wrong with our world, from the unsustainable gap between rich and poor, the threat of climate change and the plight of women (still) in too many countries. Here’s just three of our pressing problems, and we need to continue at full speed to resolve them, and indeed all human-made and unnecessary suffering.

What I am proposing is that we don’t have to swallow whole the story that’s being fed to us. No conspiracy theory here – it’s often the most caring and concerned minds that are doing the informing. The mystery of mindset is that we aren’t aware how much our invisible filters colour the reality we see. Looking for signs of positive change is a creative, contrarian act that can give us a more accurate picture of the real state of our world.

Not good, but getting a whole lot better – that’s the quiet revolution that’s happening all around us.