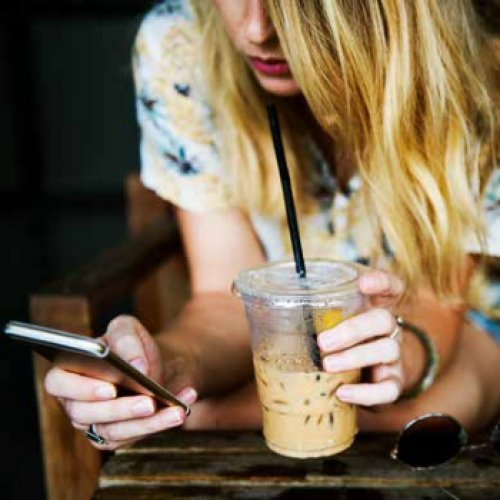 No generation has received so much attention as the so-called ‘Millennials’, also called Gen Y. And no-one seems to be able to agree on an exact definition of who qualifies, some experts saying it’s those born 1975-1995, others going for 1980 to nearly the new millennium.

But whatever the researchers’ dilemmas, this young cohort is an even bigger puzzle for employers. Many of those managing the Millennials were brought up in a time of different expectations, values and leadership role models, and worry about how to keep - and grow - their new and alien talent. With around 75 million Americans falling into the Gen Y category, it’s a puzzle worth thinking about.

If you grew up in the 1960’s, you certainly knew what this gap meant – arguably the biggest abyss between generations, as wartime austerity clashed with new-found social, moral and economic freedoms. Music, drugs and fashion also played a role in creating this divide. So what’s new with the Millennials? Surely it’s the fate of every older generation, at least in the ‘first’ world, to believe that ‘yoof’ has it easy and were clearly born on a different planet?

The answer turns out to be rather more complex, as I discovered by actually talking - well, digitally at least - with a group of Millennials I have worked with or even employed. They say that what they value above all in their work is:

• Making a difference - they are ‘value-driven’

• Autonomy - give me the target and I’ll get there on my own, thank you very much (even better-I’ll come up with my own targets!)

• Flexible work schedules - goodbye to 9 to 5

How different is this from previous generations, especially the Baby Boomers born into relative ease and wealth after the last World War? Not as much as you might think, according to KPMG consultant Bruce Pfau and his colleagues in their book The Human Capital Edge. He quotes a number of studies that show no statistically significant changes in the desire for a meaningful life purpose and the need to contribute to society - two of the much vaunted new values of Gen Y - between Baby Boomers and the new generation. (Generation X, those squeezed into the unfashionable 70’s, show similar tendencies.)

Pfau focuses on what is common to all young employees, at least in the West, as they enter the workplace. He says everyone wants to:

• Be part of a winning organisation they can be proud of,

• Maximise their learning and performance on the job,

• Be treated well economically and personally, and

He makes a very powerful point that I have written about elsewhere (‘Rethink’, Random House 2006) that certain things don’t change. We are so obsessed with fashion and news that we only talk about change, while beneath the surface of life there are certain principles that don’t change at all. I call this ‘Managing the Changeless,’ a valuable counterpoint to the ubiquitous jargon of ‘Managing Change’.

And yet we can’t deny some of the apparent differences and new challenges in managing this powerful, digitally dependent and ambitious new cohort, soon to take over and in some cases be the bosses of those of us born outside this window. A challenge insightfully described by an Indian CEO:

‘With Gen Y coming into the business, hierarchies have to disappear. Gen Y expects to work in communities of mutual interest and passion - not structured hierarchies.’ (Vineet Nayar, HCL Technologies)

This presages a fundamental shift in leadership style, more collaborative and less authoritarian, and accords with the experience of Gen Y’s parents: they’re not scared of us! He continues: ‘Consequently, people management strategies will have to change so that they look more like Facebook and less like the pyramid structures we are used to.’

Wow! A Baby Boomer might have trouble envisaging how a people management strategy that looked ‘more like Facebook’ could possibly work. But I bet a Millennial could tell you! And this is more than the old idea of the young being digitally savvy-‘natives’ while the elders are still writing in cursive or drawing on cave walls - so-called technology ‘immigrants.’ The experience of Britain’s leading artist, David Hockney, gives the lie to this false distinction. Recently, at the age of 73, he used commercially available software on his iPad to create full size masterpieces in his sell-out Royal Academy exhibition. No technology immigrant he.

For the Millennials it’s more about the central role technology plays in life and work than their digital smarts: in one recent study 41% of them said they would prefer to communicate through technology than face-to-face.

Is this new? Younger people typically are less developed in social confidence, but now they have the tools to operate in these new ways, and boy will they use them! What is stated over and over to be different about this generation is their sense of ‘entitlement’: they expect stimulating work, great praise, instant promotion, global travel and no 9-to-5. How outrageous is that!?

For most ambitious folk - the sort that are typically sampled in these studies - these are not new, and so superficial stories about the Millennials being constantly plugged into Instagram, Tinder, or Whatsapp, needing an hourly fix of Game of Thrones (who says attention spans are waning when someone can take in 24 hours of this in one binge?), and constantly desiring praise and being made to feel special misses the point. The reality is more nuanced - they are both the same as previous generations, and different. What we need is a dose of Both/And thinking…

The Same - and Different!

Whatever age you are, thinking both/ and rather than either/ or is necessary to survive and thrive. We want instant gratification and long term success, digital and analogue, rational and emotional, work and play. These are typical opposites we all need to cope with in the  21st Century workplace. Applied to Millennials, here are some of the big ‘both/ ands’ to consider:

• Hard work and learning and inspiration

How do you lead in these times? The answer is to do the time-honoured things like respecting, appreciating and involving - surely a better word than ‘empowering’- your people. The kind of behaviour that doesn’t vary from decade to decade. And to understand what drives, excites and inspires young professionals brought up in an uncertain world. One of the best ways of creating a bridge across generations is the practice of ‘reverse mentoring’, where the younger person coaches their ‘boss’ in the beliefs and values of Gen Y.

In recent years, hits to the economy, the relentless job-bashing advance of automation and an unpredictable political landscape has made the Millennials more anxious about getting or keeping a job. They are feeling the emotional squeeze of just hanging in there, and too many of them are experiencing the wrong kind of ‘both/and’ – unemployed and underemployed, their qualifications far beyond a career the world can give them.

No wonder increasing numbers are questioning the meaning, or lack of meaning, in the world of work. As one 30-year-old, herself successful in an essential NGO, observes: ‘Many Millennials don’t actually want to work. They want to travel, experience the world and live minimally. Couples and singles are buying and converting vans in order to live rent-free and not be tied to anywhere in particular. Often they’ll work and travel in cycles: save money, take off for a few months to a year.’

If you think this is the battle cry of a spoiled and indulged generation, pause for a moment. This could be 1967 all over again. Plus ca change.